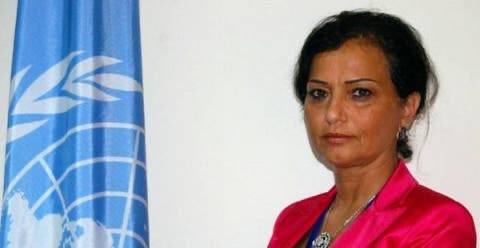 This article was originally published on Morocco World News on June 20, 2020.

Rochdi succeeds Philippe Lazzarini of Switzerland, after he completed his service in this role on March 31. Lazzarini has since assumed the position of commissioner general of the UN Relief and Works Agency for Palestine Refugees in the Near East (UNRWA).

The newly appointed coordinator expressed enthusiasm and gratitude regarding her new position on June 20, tweeting, “It’s a great honor for me. Looking forward to joining the Team.”

The UNDP veteran has more than 20 years of experience in the humanitarian aid and development sectors and in international coordination in conflict and post-conflict zones. Prior to this new appointment, she served as senior advisor to the UN special envoy for Syria and as director at the UN Office for the Coordination of Humanitarian Affairs (OCHA) in Geneva.

Prior to working for UNDP, she held several positions in the Moroccan government, including adviser to the head of government, deputy minister of Small and Medium Enterprises, and director general of International Cooperation and Development in the Ministry of Post and Information Technology.

Rochdi holds a Ph.D. in Information Systems from the National Institute of Statistics and Applied Economics in Rabat and a master’s degree in Mathematics and Fundamental Applications from Paris-Sud University.

Guterres announced the appointment one day before World Refugee Day. Given Lebanon’s status as a major refugee host country, Rochdi’s work in Lebanon will come with related challenges.

Lebanon hosts the largest number of refugees per capita of any country worldwide. According to estimates by the UN High Commissioner for Refugees (UNHCR), 1.5 million Syrian refugees, 200,000 Palestinian refugees, and 18,000 refugees from Iraq, Sudan, and other countries of origin currently reside in the country.

In a January 2020 report on Lebanon, UNHCR highlighted the societal challenges this poses to the Levantine state: “The presence of such a large refugee population in a small country facing an economic crisis, high unemployment, pressure on infrastructure, and environmental challenges increasingly risks affecting inter-community relations and social stability.”

UNHCR released the report before the COVID-19 outbreak, which has severely exacerbated Lebanon’s challenges. Protests have again flared up as unemployment soars and the Lebanese pound continues to lose its value amid economic collapse.

Johannes Zech, the UN’s senior emergency coordinator in Cameroon, pointed to Rochdi’s potential in serving a population facing such extreme struggles. He wrote on Saturday a tweet congratulating Rochdi on the appointment: “This Secretary-General knows what he’s doing.

The people of Lebanon, and the more than 1 million Syrian and Palestine refugees, will benefit from your extraordinary commitment, compassion and leadership. Congratulations@rochdi_najat !”