This article was originally published on NYT Cooking. 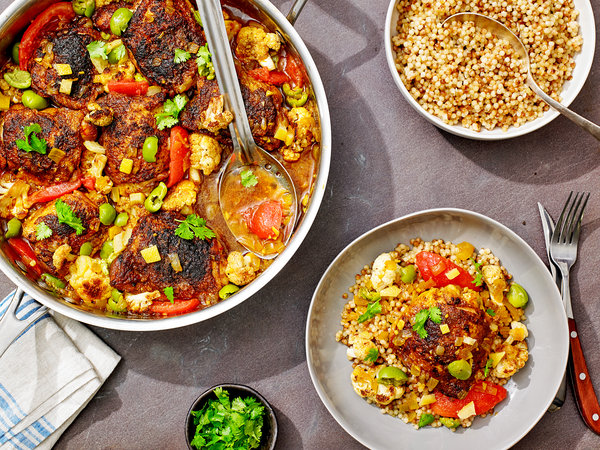 This recipe for an elegant North African stew comes out of the kitchen of Boulud Sud, Daniel Boulud’s sophisticated Mediterranean French restaurant in New York. It is a dish steeped in the flavors of North Africa, but also of France. Chicken serves as the protein, bathed in a blend of North African spices — cinnamon and coriander, turmeric, ginger powder and cardamom — combined with tomatoes, saffron and a little stock. Preserved lemons and olives added at the end provide bite. Tagines are often cooked with root vegetables and dried fruits. Boulud, who famously grew up on a farm, in Lyon, uses cauliflower. ‘‘It is maybe a little more French approach to the tagine,’’ he said. Blanching the cauliflower and tomatoes before cooking them may cause some cooks to blanch themselves. But the effort is worth it.

For the spice mix